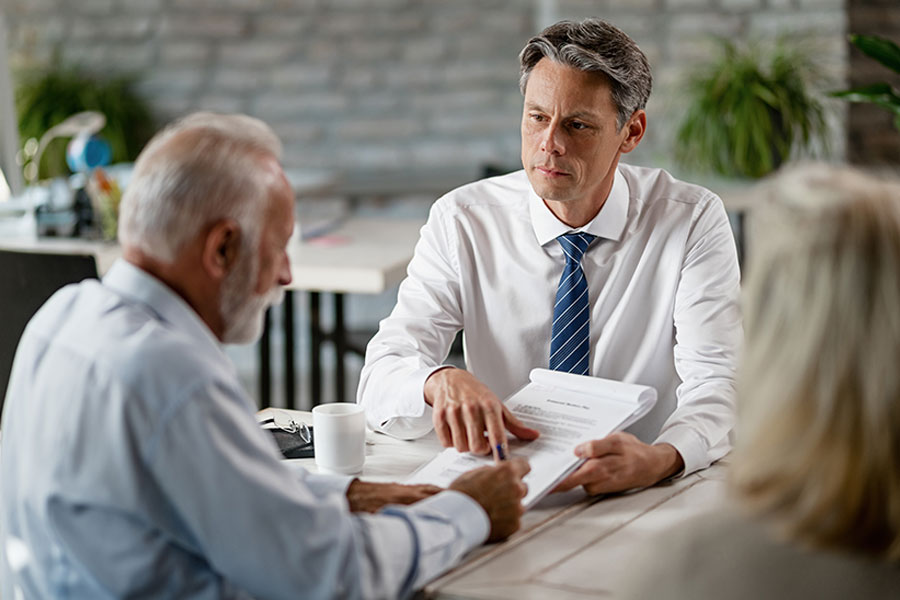 You are allowed to make your own Will in Ireland – but there are dangers of doing it yourself. Even a seemingly minor mistake can invalidate the entire Will, making the document completely futile.

There are two overarching reasons why homemade Wills are often problematic:

The execution of the Will

The execution of the Will means the way in which the document is written, signed and witnessed. There are very specific rules around this. For example, a Will must be signed by the testator (the person making the Will) in the presence of two independent witnesses, and vice versa.

If the Will isn’t signed at all, or it isn’t signed in front of two witnesses, then it is invalid. If the witnesses stand to benefit from the Will (directly or indirectly) then that gift will also fail. Any amendments or codicils must also be signed and witnessed.

The wording of the Will

The wording of the Will is far more nuanced. It must be written to properly reflect the testator’s wishes, but this is more complicated than it sounds. Homemade Wills often lack clarity, meaning the courts have to interpret the deceased’s wishes. They may also make gifts that no longer exist, or that cannot be covered by the estate’s assets.

In addition, DIY Wills typically forget to name replacement beneficiaries, should their chosen beneficiary pre-decease them. They might also omit a residuary clause, which determines what should happen to the remainder of the estate once the legacies have been fulfilled and the debts paid.

There are also other common pitfalls associated with DIY Wills. For example, the testator might not realise that certain life events – such as marriage – actually invalidates their Will.

Another issue might be that the Will is open to legal challenges, perhaps because the testator was unwell when writing it, or excluded certain individuals as beneficiaries.

If a Will contains a mistake, then one of two things happens:

The problem with the Succession Act is that it doesn’t take your wishes into account. The law places your living relatives in an order of priority. Those at the top of the list stand to inherit the most. Certain individuals, such as unmarried partners, don’t get anything.

For your loved ones left behind, this could mean that certain people miss out, while others benefit when you never intended them to.

Then there’s the time and expense of having to deal with a Will that contains errors. This can be a huge ordeal for your relatives, particularly if the courts get involved. An unmarried partner, for instance, has to apply for financial provision under the redress scheme. Or, the court might have to interpret the wording of the Will or settle a contested Will dispute.

So, a homemade Will might be a bit cheaper in the short-term. But in the long-run, it could well prove to be a false economy. Most people write a Will because they want to provide for their loved ones. But a DIY Will might actually harm the very people you were trying to protect in the first place.
Find out what happens if your Will is invalid.

The benefits of a professionally drafted Will

Our solicitors can also advise on the use of other legal tools or documents that may prove useful in your situation. For instance, if you intend to exclude a beneficiary, a letter of wishes might be recommended. This explains in your own words why you took that decision. If your mental capacity could be called into question, then we might suggest that you ask a medical professional to confirm your mental capacity at the time of writing. Or, if you have a vulnerable beneficiary, then you might incorporate a trust into your Will.

These insights are invaluable when drawing up your Last Will and Testament.

If you prefer the safety of a professionally drafted Will, the team here at Mullins & Treacy LLP Solicitors would be delighted to help you. We are client focused and results driven.

We don’t just do Wills! We can also help you with: