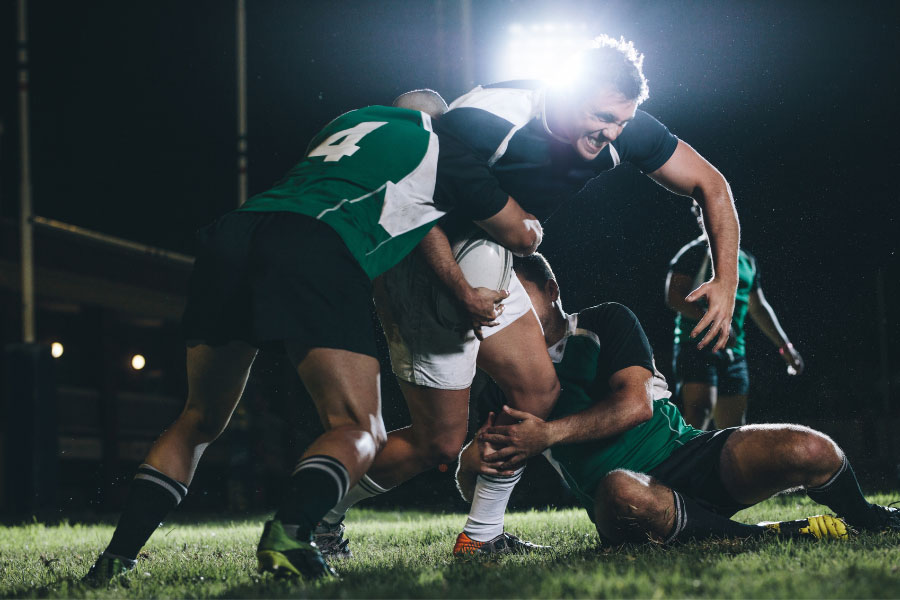 A group of former international rugby players have announced their intention to sue the Rugby Football League (RFL) for failing to protect them against brain damage.

A total of 10 individuals are pursuing legal action, including former Great Britain half-back Bobbie Goulding. Goulding has been diagnosed with early onset dementia at the age of 49. The others – some of whom are in their 20s – have also been diagnosed with long-term neurological damage. Each case is different, but many are dealing with issues such as dementia, chronic traumatic encephalopathy and motor neurone disease.

The former players say rugby league’s governing body in England failed to protect them from the risks of brain damage caused by concussion. Goulding recalls how he “played within days of serious knockouts on at least three occasions”. He added that it “takes its toll in the end”. It is hoped the lawsuit will compel the RFL to make the game safer, protecting current and future generations from suffering the same fate.

The lawsuit runs alongside another being made by 175 former rugby union players. While these claims are being made against governing bodies in England, we expect to see similar claims here in Ireland. Rugby is much-loved across the nation, but the sport does carry significant risk of brain injury – something which has only been addressed in recent years. This may come too late for those whose careers are underway or who have already retired.

If you are suffering from neurological issues and you believe your sporting career is to blame (be it rugby league, rugby union or otherwise), please contact us at Mullins & Treacy LLP Solicitors. We are specialist personal injury solicitors based in Waterford, Kilkenny and Tipperary. We are well-versed in sports injury claims and can explain your options in greater detail.

Being diagnosed with a brain injury at a young age is a terrifying prospect. It is probably something you never expected to happen to you. We sympathise with your situation and will do everything we can to help you. Remuneration can help you get access to the treatment and rehabilitation you need to improve your quality of life. It can also provide financial support for you and your family.

Call us on 051 391 488 or email reception@mullinstreacy.ie for a no obligation enquiry. We are client focused and results driven.

It’s not just personal injury claims we specialise in! We can also help you with –